As the new school year begins, the Pearson lab has to say farewell to two of its amazing members, Sam and Jack. Both of them are heading off to begin graduate school. We are so proud of them and wish them the best in their future research pursuits!

Members of the Pearson Lab are heading to Denver for this year’s Computational and Systems Neuroscience conference! Jack is giving a poster on inferring latent descriptions of animal vocalizations using variational auto-encoders on Thursday evening (I-6). Na Young is giving a poster on how noise affects the efficient coding of natural scenes in the retina on Friday evening (II-40). Come by and talk about these exciting research advances with John, Jack, and Na Young!

Members of the Pearson Lab have successfully obtained competitive positions for summer research programs this year! Nicole Moiseyev was accepted into the Biomedical Big Data Science training program at Mt. Sinai in New York City, where she will tackle data-intensive biomedical problems with machine learning and data harmonization tools. Richard Sriworarat will be spending the summer at HHMI’s Janelia Research Campus in Virginia as a part of their Undergraduate Scholars Program. He will work in the lab of Dr. Marius Pachitariu, where they use machine learning techniques to investigate the structure of neural activity recorded from tens of thousands of neurons simultaneously.

Jack’s work on latent space analyses for animal vocalizations is up on the bioRxiv! Autoencoded Vocal Analysis, the Python package used to generate, plot, and analyze latent features, is freely available on github. For more information on this project, feel free to check out our research page.

Members of the Pearson Lab are heading to Chicago for this year’s Society for Neuroscience conference! John is giving a talk on dynamic decision-making in multi-prey pursuit in the nanosymposium on neural mechanisms for controlling continuous action (269.09) Anne’s work was selected for a dynamic poster presentation, and will be live-streaming a demonstration of real-time analysis of imaging in zebrafish (432.21/DP14). Jack is giving a poster on inferring latent descriptions of animal vocalizations (232.10/P13). Come by and see us!

Congratulations to Raymond Chen for his excellent work this summer, as well as his successful presentation during the Huang Fellows summer poster session. We see great things in his future research endeavors!

Congratulations to Anne, who was selected for a Ruth K Broad Postdoctoral Award for her project, “Real-Time Functional Characterization of Neural Circuits”. This work will focus on developing an online data analysis platform capable of both determining neural function and adaptively selecting targets for intervention in real-time.

We have two new papers out on dynamic and strategic decision making.

Congratulations to Anne, who won best poster for her work on real-time analysis of zebrafish data at the Duke Research Computing Symposium! We won an Incubator Award from the Duke Institute for Brain Sciences for Anne’s work in collaboration with Eva Naumann on real-time analysis of zebrafish data. See more information on our research page. 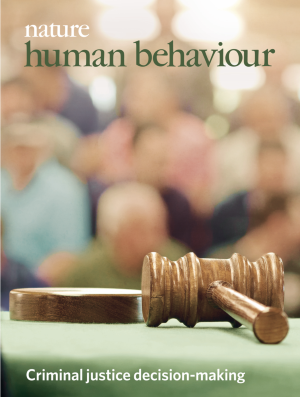 Today, our paper on legal decision-making goes online at Nature Human Behaviour. You can read more about the genesis of the project here. Briefly, we used a large-scale survey approach based on randomly generated legal cases to show three things:

What can artificial agents teach us about social decisions?

Slides from John’s talk at Duke’s Basic Science Day are available here. This talk is based on Kelsey’s paper, available on bioRxiv.


Why my two-year-old is still better than Google

John recently gave a talk in Raleigh as part of the North Carolina Museum of Natural Science’s Science Cafe series. The talk was originally titled “Not quite SkyNet: Three things my two-year-old can do that Google still can’t.” Perhaps this was a little too tongue-in-cheek, since the talk was billed under a different title, but a video of the event is up on YouTube:

The laboratory of Dr. John Pearson (http://pearsonlab.github.io) is seeking a data scientist/research assistant to support its applied machine learning research program. This is a one-year full-time position with the possibility of renewal. Women and minorities particularly encouraged to apply.

For those who are interested in the slides from John’s Duke CCN talk, those are available online here.

We just got word yesterday that P[λ]ab has received a grant through Amazon’s Cloud Credits for Research program to further our work on large-scale analysis of electrocorticography (ECoG) data.

Advantages of git and GitHub for scientists

If you missed my talk today about the benefits of git and GitHub for academic researchers, slides are available here: pearsonlab.github.io/git-talk-ccn.

If you saw or heard about my talk at the Society for Neuroscience meeting in San Diego and are looking for the slides (including videos), they can be found at pearsonlab.github.io/sfn-talk-2016.

A couple of weeks ago, as I was preparing to teach our incoming graduate students about data analysis, I ran across the following assertion in my notes: neuroscientists spend more time on data analysis than any other research activity.

At some point last summer, I decided Julia was going to win.

Our work on eyetracking in collaboration with Zab Johnson and Bass Connections was just featured on the Nasher Museum website and in Duke Today.

For some of our previous work on eye tracking, we needed to be able to generate videos in way that could be linked into an automated analysis pipeline. For this, we use OpenCV, a tool for advanced frame-by-frame image analysis. Unfortunately, OpenCV’s ability to write movies in common output formats relies on OpenCV being linked to FFMPEG (a video codec library) and compiled manually, so you can’t just install the necessary software with a package manager. The build process can be tricky, with various unique issues arising on different systems. However, with the help of modern containerization services like Docker, we can bundle a working version of OpenCV into a container and deploy it across platforms. After that, all it takes is two lines at a command prompt to get a working version up and running on any system.

As a lab, we’re interested in natural behaviors. This can mean a lot of things, but in particular, it means attempting to study human and animal behavior the way it occurs outside the lab. Many of the tools we build harness modern computing to enable us to do this with the precision and rigor of traditional lab experiments.

This week, new work from the P[λ]ab investigating neural mechanisms underlying social decisions went live (open access) on PNAS. This work, led by the Chang and Platt labs, builds on a series of elegant experiments Steve Chang began when he and John were postdocs together in Platt Lab at Duke. In this most recent paper, we report that single neurons in the amygdala respond differently depending on who benefits from rewarding outcomes, and that administering the chemical oxytocin, which plays a role in birth and bonding, altered the decisions animals made when choosing between rewards to themselves alone or themselves and a partner (they got more generous).

ECT Research Featured in The Atlantic

The Atlantic recently did a cool feature on Dr. Sarah (Holly) Lisanby that highlights some of the work she has done over the course of her career regarding ECT (Electro-Convulsive Therapy). The article is really well done, and I would recommend checking it out. As with anything on the internet though, avoid the comments.

In the P[λ]ab, one of our main research focuses is eye-tracking. We have a collaboration with faculty in the Psychiatry department looking at pupillometry and its relationship to fear. Currently we’re using screen based eye-tracking devices that provide gaze coordinates in terms of where on the screen you are looking. Recently, we obtained some brand new Tobii Eye-Tracking Glasses that can allow us to expand beyond screen-based experiments, and in the last couple weeks we seen some exciting developments that will allow us to do really cool research!